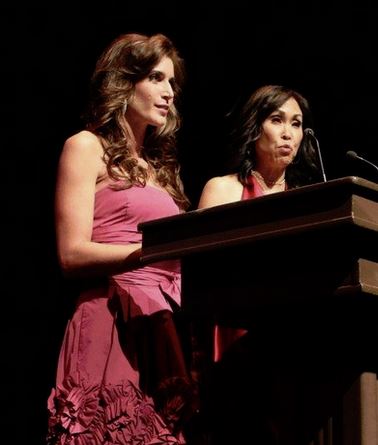 Since being crowned Miss Iowa USA in 2008, I have been sharing my story of living with cerebral palsy, having the courage to compete in the prestigious Miss USA pageant and not let my so called disability get in the way of chasing my dreams.  I have shared my story with audiences ranging from young girls and boys, disability advocacy groups and many others.

I have also appeared on many TV shows, among them The Early Show, The Ellen Show, Katie with Katie Couric , Inside Edition, Access Hollywood,  Extra, Fox and Friends, Fox News and CNN Headline News.  I have been featured in People and Vogue.

In 2011, I was honored by the distinguished Susan B. Komen Foundation and named “Leader of the Future” and “Most Inspirational Woman in America.”

For more details about Abbey or to book her for a speaking appearance, contact:

Rachel Zeidman at The Gersh Agency